Satellite Internet for RV: What No One Else Will Tell You! 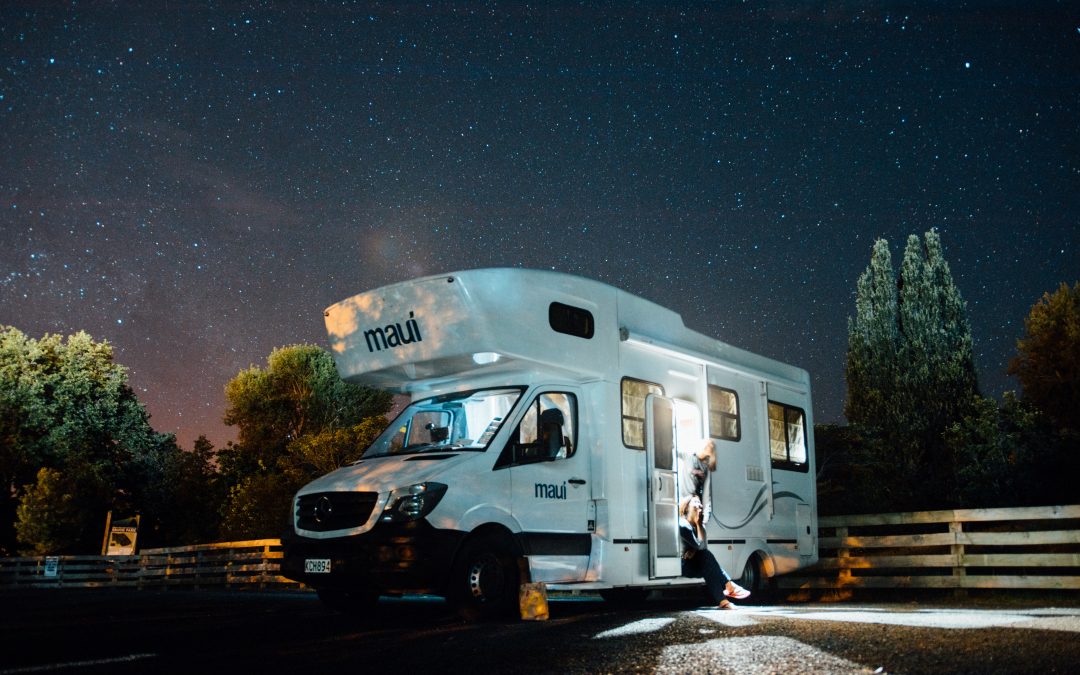 Satellite internet for RV is one way for RVers to stay connected while on the road and in remote areas of the country. But is it for you?

In today's world, staying connected is more important than ever. Many small business owners and people who work from their RVs need reliable internet that they can access just about anywhere they travel.

Of course, it's also nice to have internet service to relax and enjoy some downtime while camped out in the backcountry.

However, while satellite internet for RVs can make this possible, there are quite a few obstacles which that friendly RV salesperson may "forget" to tell you about.

Before investing in a satellite internet system for your RV, there are a few things you should know.

WHAT IS SATELLITE INTERNET FOR RVS?

Much like satellite TV, satellite internet for RVs uses a satellite dish to tune into other satellites located thousands of miles away in orbit around the earth.

The RV satellite usually tunes into a network of satellites to triangulate receiving and outgoing signals via an established link.

DIFFERENCES BETWEEN SATELLITE TV AND SATELLITE INTERNET FOR RVS 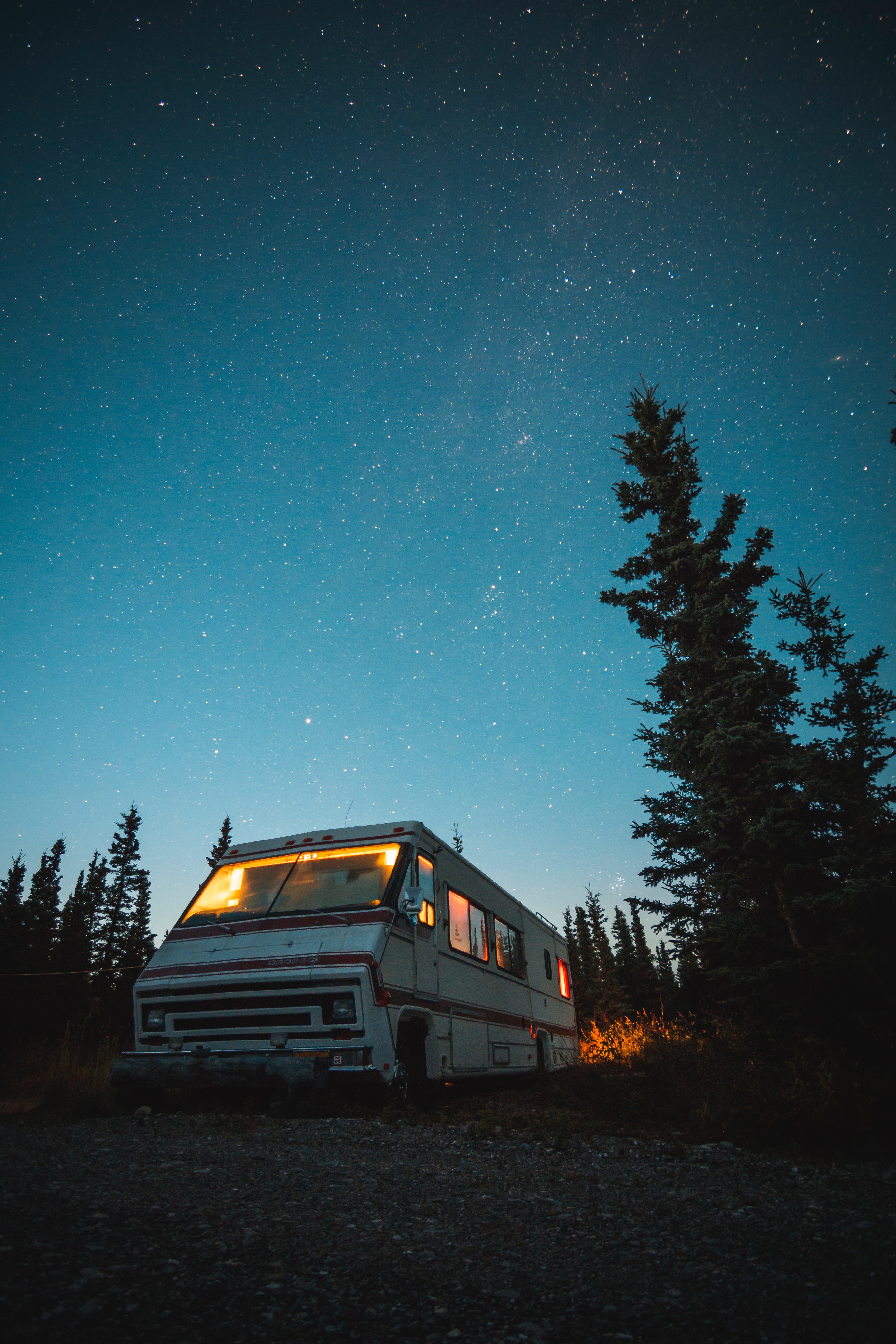 Photo by Steve Halama on Unsplash

Many people may think that the satellites used for TV and connecting to the internet are the same, but nothing could be further from the truth.

Internet satellites for RV use much more sophisticated communication than does satellite TV.

An auxiliary (tripod-mounted) satellite is a portable unit that's set up outside the RV on a large tripod.

This system connects inside the RV to a modem that's connected directly to a computer or wireless router.

Once they are set up correctly, these units can start searching for a signal to make a connection.

Roof-mounted satellites are non-portable fully-automatic units that you can deploy with the touch of a button. These units typically take a shorter amount of time to find a connection. Also, they have a mechanical fold-down feature that allows them to stay more secure while the RV is in motion.

These satellites connect to a modem or router via cables that typically run through the RV's roof, either through the walls or direct from the ceiling.

Some folks may also use windows or vents to route the wires.

There are a wide variety of retailers offering tripod-mounted satellites. The two most popular brands are HughesNet and Directway. A few other brands include iDirect, Winegard, and Fly-away.

No matter which way you cut, satellite internet for RVs is by far the most expensive option on the market. The costs associated with roof mounted systems usually start around $ to over $$$ just for the equipment and professional installation.

As for tripod mounted satellites, these generally cost just a fraction of what roof-mounted units cost. They are usually between $ and $$$.

The typical service plan for these systems can range from $ to $$$. Most will also have data caps, with the more expensive plans offering unlimited data.

There are several benefits to owning systems that provide satellite internet for RVs.

The most significant benefit both types of RV satellites share is that you can connect to the internet from just about anywhere. This reliability is the main selling point for RV satellite systems.

When it comes to mounted-satellite RV systems, in particular, they offer a faster setup than portable systems and more consistent service due to their more advanced signal finding features.

On the other hand:

Portable units are less expensive and can save a lot of roof space for those using their RV roof for other devices such as solar panels.

Mobile internet satellite systems offer perhaps the slowest speeds out of all other internet options. Satellite internet speed generally ranges from between .5- with rumors of going up to 15-megabits per second.

When you compare this to speeds offered by technology like 4G, DSL, and fiberoptic cable, satellite technology is almost dead last just ahead of dial-up.

These systems also provide higher latency than other forms of internet, which pretty much eliminates any hope of having an enjoyable online gaming experience.

Also, while connections are generally reliable, they can also be notoriously glitchy as lousy weather or obstructions like trees can block your signal. This is especially true with portable satellites that you set up outside the RV.

With tripod-mounted units, you have to make sure they are perfectly level to get the best signal.

Installing satellite internet for RVs isn't an easy process. For mounted units, it involves a lot of cabling, drilling, caulking, and climbing.

For tripod-mounted units, you'll need to become proficient at leveling the tripod and finding the best angle for a signal (although more expensive models can do this for you).

With most mounted systems, you have the option of getting professional to install your system, which may be built into the cost.

But if you decide to do it yourself, you will need additional materials such as caulk, drills, cables, and other items to complete the installation. You may also have to drill holes in your RV, which can be dangerous if you're not familiar with where electrical wires run inside the walls or ceiling.

Tripod systems, in contrast, are much easier to set up but can take between 15 to 30 minutes to deploy as opposed to mounted units that are ready to go within 10 minutes or less.

ALTERNATIVES TO SATELLITE INTERNET FOR RVS

When it comes to ways to get online, there are only a few options other than satellite internet for RVs.  These options include cellular and Wi-fi.

One way to get internet service on your RV is to utilize free or paid Wi-Fi. If you're at a campground or near a big city, you may be able to find free public Wi-Fi.

Your campground may also offer free Wi-Fi as a part of their fees or give you an option to upgrade to a higher-speed version for a price.

This option works best for those who may occasionally want to check emails or browse from time to time. But it's definitely not a sustainable long-term solution if you're more than an occasional user.

Of course, you'll need a router with a good antenna for your Wi-Fi to work. You can also rig up a booster antenna on your roof or inside to cast a wider net and increase your odds of catching a Wi-Fi signal.

These antennas can cost between $ and $$$.

Kits like the Wi-Fi Camp Pro 2 allow you to boost your Wi-Fi signal with individual antennas that you power from inside your RV.

Once again, with antennas, you can elect to mount them on the roof of your RV. Or, a lot of people use contraptions such as painter's poles to attach the antennas to the side of their RV and lift it up for a better signal.

That said, you want to be in a position to take full advantage of whatever speed you can catch, and 802.11AC routers are not terribly expensive. They cost between $ and $$$.

For those who are average to power users, cellular internet is by far the most popular and widely-used form of internet service for RVers.

It also offers more coverage than free or paid Wi-Fi, allowing you to travel while connected. However, you may not be able to get coverage everywhere, especially in really isolated areas miles away from a cell tower.

The data speeds are can usually the fastest among all other options.

In fact: Many carriers offer 4G speeds which can reach blazing fast speeds that rival most home internet services.

But keep in mind that many carriers have limits on how much mobile hotspot data you can use on your phone. Also, once you go over, your speed may be throttled back to a lower speed (which may still be faster than satellite).

Some carriers also offer mobile hotspots. Unfortunately, many of their data plans place hard caps on how much data you can use. As for equipment, you shouldn't need anything more than your phone or mobile hotspot device.

Unlimited cellular data plans can range from $ to $$$ depending on what carrier you use. Equipment (mobile phone or hotspot), and the data packages are also factors.

In all, this option should fit the needs of most RVers. Plus, like Wi-Fi, you can purchase cellular signal boosters that may give you better coverage in more remote regions.

IS SATELLITE INTERNET FOR RVS THE RIGHT CHOICE FOR YOU?

Satellite internet providers are getting a bit faster year by year. Also, there's a company called OneWeb that may soon launch a satellite network. Their service will offer global broadband satellite internet that reaches speeds of up to 500Mbps.

The bottom line is this:

If you own a business or just want 24/7 internet that will work almost anywhere, satellite internet delivers.

We hope this information on satellite internet for RVs provided you with some helpful guidance. Have fun exploring and may you stay connected to the things that matter.