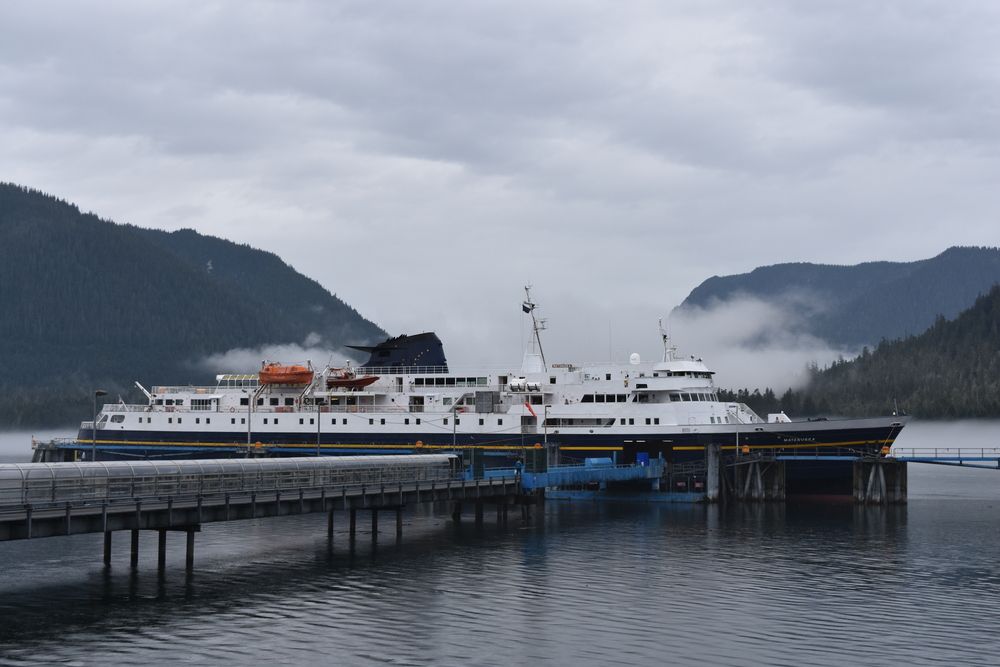 When most people think about the term highway, they picture vehicles speeding along the ground in labeled lanes alongside other drivers doing the same thing.

Any good highway system must be designed in such a way that it makes travel easy between all nearby and popular destinations. It should be geared for specific types of vehicles that will use it, and account for any travel or safety issues that may occur.

The Alaska Marine Highway isn’t just one of the state’s most amazing technological and logistical marvels – it’s an important system that helps facilitate travel by sea.

The system is somewhat of a rarity. While most areas focused on sea vessels are geared toward luxury with their target market being vacationers, the Alaska marine system is primarily based on travel and transport.

Everything from packages to people make their way from one location to another along this versatile and valuable highway.

The Alaska marine schedule has been on track since the system’s inception in 1949. It only took 14 years for the highway system to be officially designated.

The system operates along the south-central coast of Alaska, and along parts of British Columbia Canada, and the eastern Aleutian Islands. The system was developed to help encourage freight and passenger transport along various areas of the eastern U.S. and Canada.

When Alaska became a state in 1959, the ferry system was improved by new vessels, additional docks, and other technical modifications that made the system fit for regular, heavy-duty use over extended periods of time. When highways proved inefficient as the primary mode of transportation in the area, the marine system became a regular option.

The system now operates as a rare sight, focusing on logistics and efficiency in marine travel rather than positioning the highway as a target for vacationers and tourists.

A Key Piece of Transportation Infrastructure

Transporting freight from one place to another has always been an important curious economic task. Many organizations dedicate positions and even entire teams to finding the most cost-efficient and time-efficient way to move goods from one area to the next.

The highway marine system of Alaska is built with these considerations in mind. Whether its cardio like building materials, perishables, or textile goods, marine vessels move along the coast and create a thriving economic network that covers multiple coastlines and reach multiple countries.

The benefit of the marine element is that it provides much more space for bulkier goods. Things like vehicles are notoriously hard to transport, creating problems when it comes time to move them using other land vehicles.

The system of the Alaska marine lines the coast, providing a network where personal and work vehicles can be easily taken to their intended destinations.

The marine system isn’t just made for moving products – it’s also frequently used by passengers who prefer to travel by water over land.

A Travel Solution Across Communities

Communities like Bellingham, Cold Bay, Sand Point, Kake, False Pass, Tenakee Springs, and many others are served reliably by the marine highway system.

These communities depend on the vessels for transport to other locations for visits with family, work, and a variety of other endeavors. Given the popularity and prominence of the system, more people have elected to try it and give marine travel a chance as their primary method of getting from a to b.

Some vessels are designated to serve certain communities, while others are more versatile in their functionality. There are also vessels that have been retired, and are commemorated for their years of faithful service to the highway system.

From a logistical perspective, the highway setup accomplishes the goal of any system of infrastructure. It helps provide increased options for faster and safe travel along close-but-separated areas and communities.

While not specifically designated for tourists, travelers who frequent nearby areas may find themselves using the highway system to explore other nearby locations. This is especially true during the summer.

Campgrounds, attractions, RV lots, and other travel-heavy spots around the marine’s communities may all provide extra passengers to the system. About 350,000 passengers use the system every year. This is over triple the amount of vehicles transported.

The system maintains a constant schedule, though sometimes last-minute changes are made for special cases and extra stops as needed. The amount of freight and passengers the marine system transports will likely increase in the coming years. It has proven to be a great investment and resource for the area, and its use has increased steadily through the past several decades.

The marine system is one of the most popular infrastructure marvels in Alaska and the United States, and serves as one of the nation’s most long-running and effective marine travel systems.