Most Expensive RV in the World May Blow Your Mind 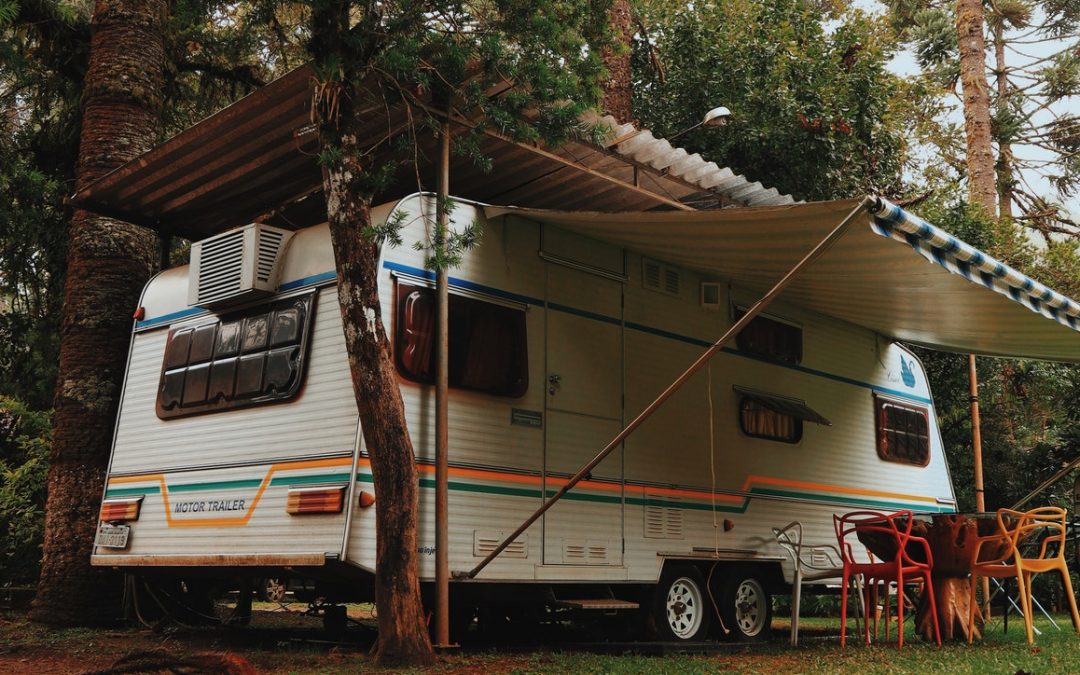 If you’ve ever watched “National Lampoon’s Christmas Vacation,” then you know without any doubt that Clark’s Cousin Eddie does not drive the world’s most expensive RV.

And you might be surprised to learn the amount of luxury you can pack into a vehicle that's destined for dusty highways, crowded campgrounds, and national parks.

The most expensive RV and its brethren are probably more accurately described as motor mansions. They contain amenities that you’d find in some of the most elegant houses (though the finer homes don't require oil changes.)

Glamping? Perhaps. But we can say this for sure: This is not "roughing it." Inside you'll find furnishings with the fine materials such as suede and leather. Radiant floor heating. Whirlpools. Large-screen TVs. Lounges and carriages underneath to transport...cars. Yes. Cars.

We went looking for the most expensive RV. What we found was a world we didn’t know existed. (Along with, as the Wall Street Journal puts it, “a fuel bill that rivals a small mortgage.”)

Quick Navigation
RV 101
LUXURY IN MOTION
MOST EXPENSIVE RV
THE KING OF RVS
FORETRAVEL FOR TRAVEL
AND THE WINNER IS...
​On the Open Road 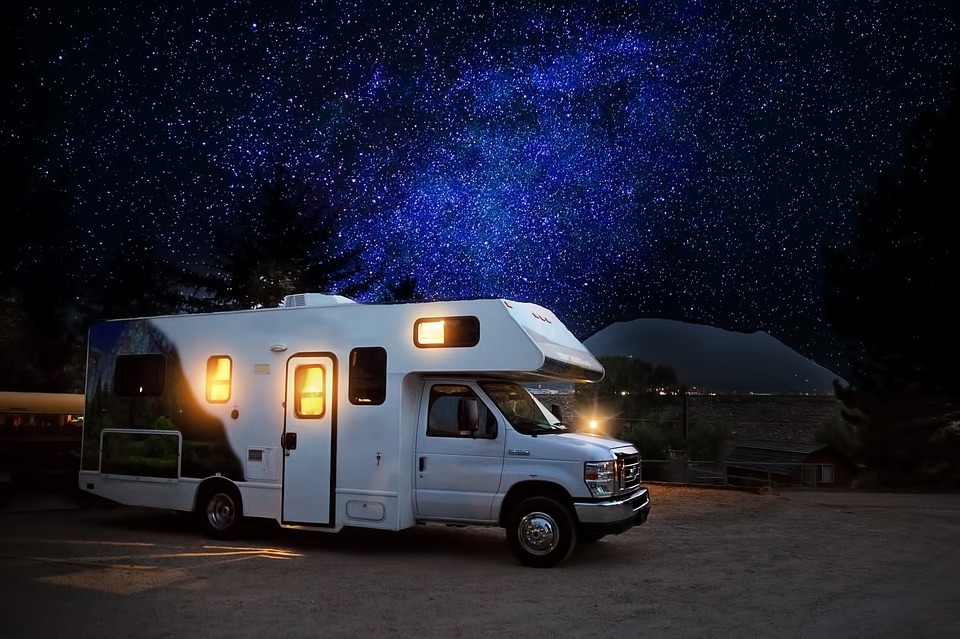 The most expensive RV may be out of your price range. But others probably aren’t. So if you’re in the market, it’s helpful to know the different types of classifications for RVs.

Keeping in mind that precise categories can vary state-to-state, RVs fit into one of four categories that correlate to the size of the vehicle.

Class A RVs come with six wheels and the heft to command your respect on the open road. Class A RVs stretch to 45 feet in length, offering enough space for a small football team to sit comfortably.

(At the risk of stating the obvious, this category might give you sticker shock. The most expensive RVs below all come from the Class A category.)

Class B motorhomes reflect the craftsmanship of industrious designers as they start as vans and end up as something else after modifications. A higher roof, different hardware, and, through some fancy mechanical trickery, the ability to grow longer. You'll find these available for average market prices that can reach as high as $125,000.

Next, we have Class C RVs. These will remind you more of a truck than a van, with the top of the vehicle hanging over the front cab. Class C RVs come with more copious amounts of space for larger traveling contingents and the stuff they require while on the road. Class C RVs are also in the middle market in terms of price.

The final category, a special one, is the Super C RV. This vehicle is similar to a Class C, with one exception: It comes with a souped-up, powerful engine, as big as the one you might find in an 18-wheeler. The massive engine gives you flexibility for husky tasks, such as towing or stowing vehicles. 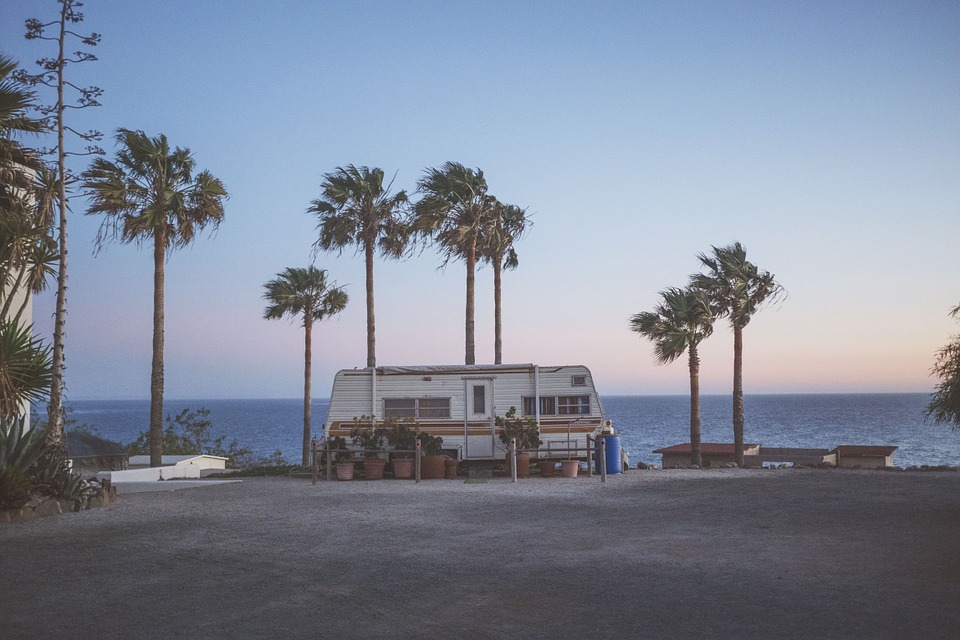 You might be thinking: Where does one travel with the most expensive RV? After all, if you’ve sunk hundreds of thousands if not seven figures into an RV, you’re probably not going to want to pull up next to a real-life Cousin Eddie.

The RV industry has you covered. Luxury amenities have also sprung up around the world of high-priced RVs. An example: development of luxury RV parks.

These resort RV parks are found in places that you might expect, but also in out-of-the-way towns that probably don’t make the list of high tourist areas.

The Bluewater Key RV Resort sits at the juncture of the Atlantic Ocean and the Gulf of Mexico.

Bluewater offers both rentals and lots for purchase. When you’re not inside your luxury RV, you can be swimming or snorkeling, golfing or dining.

You’ll find plenty of other luxury parks in other parts of the country, from California and Oregon to Alabama and Arkansas.

Sorry, Cousin Eddie. No room here for you. There's only space for the most expensive RV.

The most expensive RV? Singular? We couldn’t confine ourselves to just one.

The world of high-end motorhomes offers fantastic amenities that would get the attention of Robin Leach and a spot on the "Lifestyles of the Rich and Famous.” Some of these vehicles are nicer than many houses. And not homes on Main Street. These things would make many upper middle class or higher folks jealous. In case we haven’t been clear by this point, when we say luxury, we mean more than just having your bathroom or bedroom. We’re talking hotel-like accommodations.

THE KING OF RVS 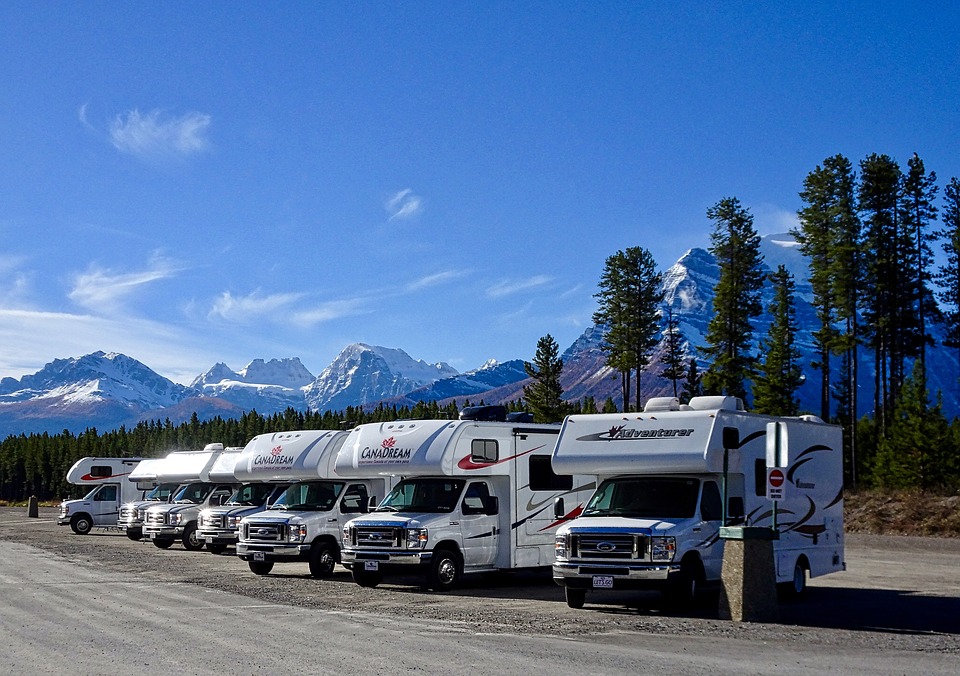 For under $1 million (plus or minus a few dollars) you can own a 2019 model King Aire from NewMar, which promises you “dream homes you can drive.”

The KingAire is 45 feet long and offers 8 separate floor plans, each with slightly different configurations of the bedroom, living room, kitchen, laundry room, and bathroom.

If you’re a cook, you won’t have to sacrifice anything to convert to RV living. The NewMar King Aire provides an induction cooking surface along with a farmhouse sink, a touch on-off faucet, and a dishwasher.

The main bedroom enables a home-like experience with a hardwood door that separates the bedroom and bath.

You can also live like home by using the built-in laundry station and getting cleaned up in a shower with a Cathedral high ceiling.

Want to add on some luxury? You can build in high-end hardwood cabinets, a fireplace, an extra 49-inch television and recliners along with reading lights. 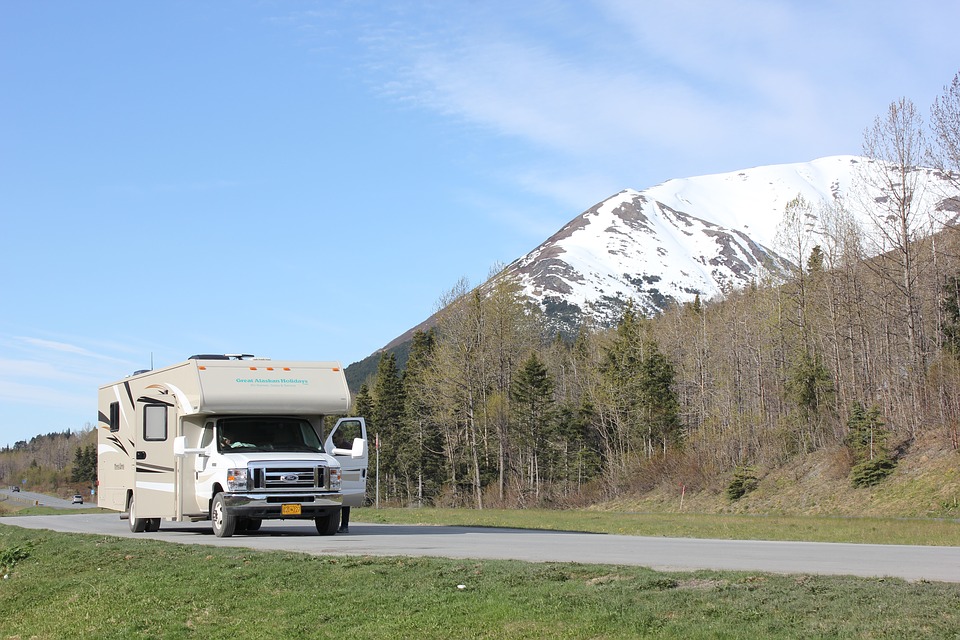 One look at the Foretravel Motorcoach ih-45 and you’ll be convinced that you’re about to have a brush with celebrity -- even though this isn’t the most expensive RV.

The Foretravel ih-45 is a 45-foot motorhome that offers all the benefits of living at home -- only, on wheels.

The kitchen includes a two-burner induction system, microwave, and refrigerator.

In the living room, bedroom, and patio you can enjoy music or other streaming entertainment through separate surround sound systems. Watch movies over a Blu-ray player or surf the Internet through the included iPad.

The ih-45 includes stationary HD satellite systems with multiple receivers, along with a TV antenna.

For vehicle operations, you’ll be able to stay safe using a camera system and tire pressure and other vehicle sensors.

Better move fast, though: The 2020 models are coming, and the prices on those are looking to start at about $1.4 million.

AND THE WINNER IS...

So those nearly $1 million motorhomes don’t do anything for you?

Keep reading, then, because now we come to the gold standard for expensive RVs. As far as well can tell, though, it’s not made of gold.

Just the name suggests luxury. The most expensive RV is the Marchi Mobile eleMMent Palazzo Superior. A Palace on Wheels.

Two words cemented this as our choice, besides the price: Sky Lounge.

The Sky Lounge is a room built into the Palazzo Superior that, with the help of a mechanical lift, turns into a roof deck.

It’s complete with staircase, integrated furniture, and radiant floor heat. Who would have thought you could have a barbeque with friends on top of your 45-foot RV?

The Palazzo Superior includes much more, of course. In fact, the reviews of this RV are positively giddy.

Observes Country Living: “You’ve got to see inside this thing to believe it.”

In 2018, the Palazzo Superior won recognition as the “best flightless private jet.”

And of course, there's a bathroom -- or as most of us would call it, a spa. The Palazzo Superior boasts a 16-square-foot rain shower with light therapy function and electronic water control. (We're not exactly sure what this means, but it sounds cool.)

The Marchi Mobile Palazzo Superior has been listed as high as $3 million. But as time rolls out, you might be able to find it for $2 million or $2.5 million.

​On the Open Road

But one thing it teaches us is that RV living doesn’t have to be at the level of Cousin Eddie. Technology and design have changed such that you can acquire RVs that can scratch your desire to live on the open road, with a level of comfort and home you deserve.

Keep searching, and you'll find one that suits your needs.

What's the most impressive RV you've ever seen? Describe it to us in the comments!